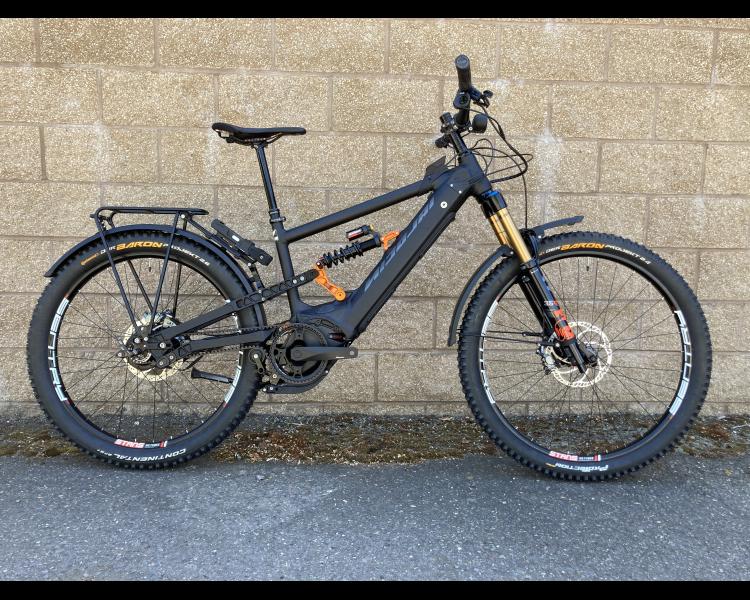 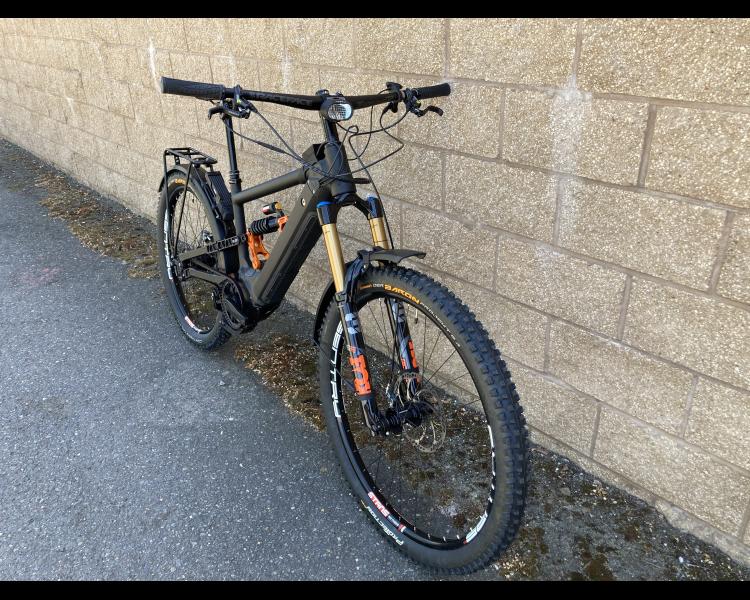 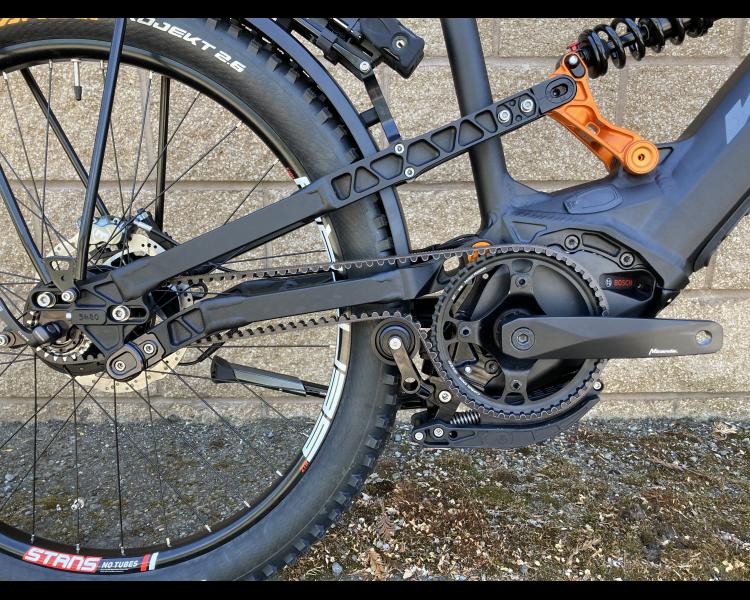 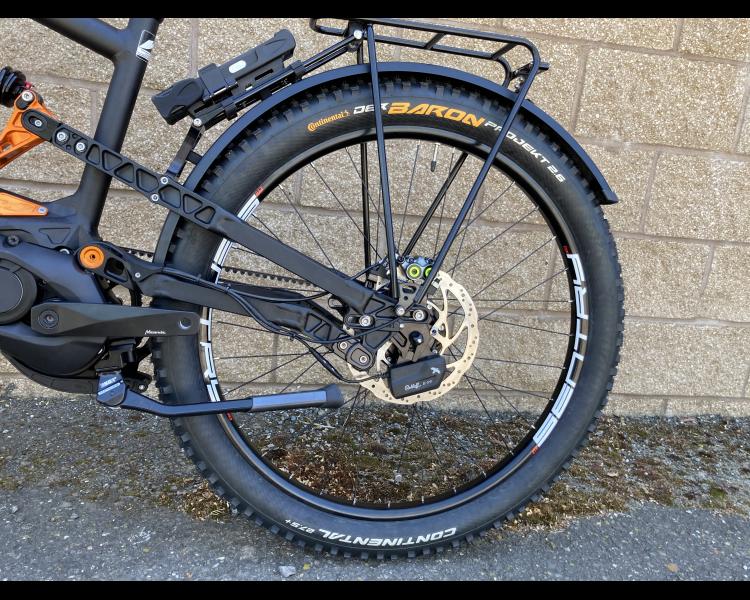 This Nicolai Eboxx was built for a customer down in New Mexico. She was previously riding a 2018 specialized turbo levo so e-bikes were not a foreign concept for her. She was interested in the Eboxx for its modern slack geometry, insane customization, and the use of a belt and gearbox system.
Nicolai has a much larger presence in Europe so setting up a test ride was very difficult. At the first point of contact there were only a handful of them available for demo in the whole U.S., but we tried our best to get her on one or a bike with similar geometry and weight. Gates had one in its demo fleet complete with belt drive, but unfortunately it would require a full day of travel in each direction to get to in order to ride, so that was not a viable option. Working around her travel schedule we helped find new Specialized Kenevo’s in her size which she was able to test ride. Although not a perfect stand-in for an Eboxx the Kenevo is the closest mass market bike that has a large demo fleet. After a test ride and notes on how the Eboxx would differ we were ready to place an order.

Nicolai gives lots of options to customize your bike so over the next few weeks we worked through what the final bike would look like, ride like and feel like. We went over colors, the benefits of a gloss coat or powder coat, the perfect dropper post height in order to maximize drop, along with finishing kit. We helped select the right bars, grips and saddle based on the terrain she would be riding while taking into account the products she has used and liked prior. Although this may feel a bit tedious deciding on all of these parts and configurations, it is all worth it in the end when you receive the bike and know that it is perfect for you in every way.

On Many Ebikes, one of the biggest costs after purchase is for new chains. Electric motors provide a substantial amount of torque along with high sustained loads. This can wreak havoc on a drivetrain, especially if it is paired with a traditional cassette. We avoided these problems altogether by choosing a Gates Carbon Drive setup paired with a Rohloff 500/14 hub. This makes sure all that power finds its way straight to the tires instead of grinding itself away. Gates Drives are incredibly reliable and long lasting. The only downside is belts can’t be fixed, so we recommend bringing an extra one when going on long rides, but with many belts outlasting the cogs we doubt the extra belt will get much use.

Rohloff and Bosch have a special agreement which allows the Rohloff E-14 electronic shifter to mesh and work in tandem with the included Bosch CX Performance line motor. This means that the two systems talk to each other allowing for seamless crisp shifting and all gear data showing up on one screen alongside your motor and battery data.